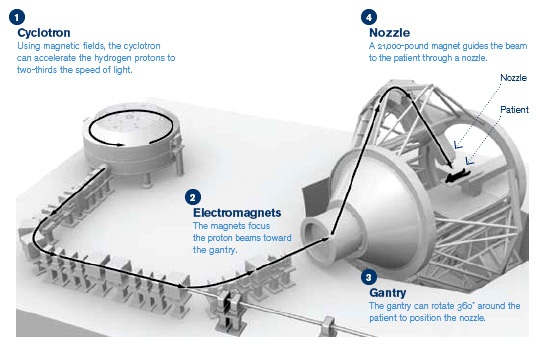 Radiation therapy, alone or in combination with other treatment, is an important treatment for many cancer cases. More than half of all cancer patients are treated in one or more courses of radiation therapy.

In radiation therapy, intensive energy are directed at cancer cells destroying the genetic material which controls cell growth. Both cancerous and healthy cells are affected by radiation, therefore our goal is to radiate only the targeted cancer cells.

X-rays, being the type of energy, is used in conventional radiation therapy. The electromagnetic waves in X-rays penetrate through most objects because of their physical properties, but this radiation can damage healthy tissue in human body. Frequently doctors reduce the X-ray doses from the optimal cancer-fighting level for protecting surrounding healthy tissue from damage.

The energy is conveyed by protons in proton therapy — the positively charged particles in an atom. In the particle accelerator protons are increase to a high energy level.

The proton beams stop after releasing energy in the target. A proton beam can be sharply controlled, so higher doses of radiation can more safely hit at the tumors with less risk to surrounding healthy tissue.

To certain patients, proton beam therapy has clear advantages in short-term as well as long-term complications. This is of importance when tumors are located next to critical organs.

Children with cancer are benefit from proton beam therapy. In conventional radiation therapy children can have the greatest long-term harm because their organs are still under development. The delayed effects of X-ray therapy in children can include growth problems, hearing and vision loss, radiation-induced cancers, and heart disease. 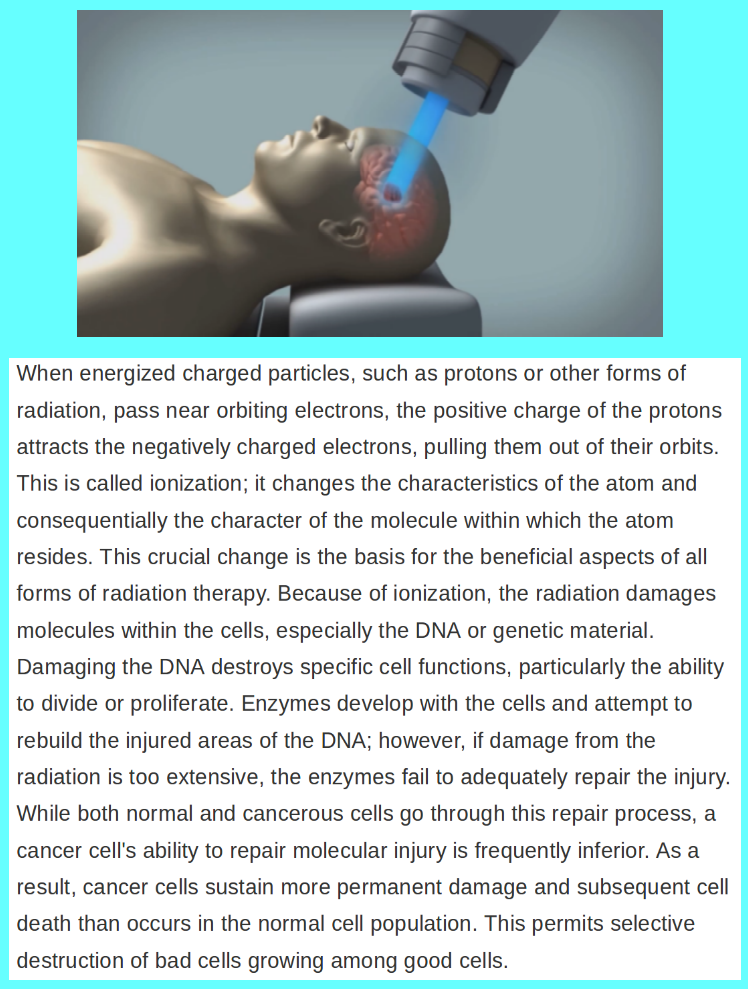 In the field of medical procedures, Proton therapy, or proton beam therapy is a type of particle therapy that uses a beam of protons to irradiate diseased tissue, most often in the treatment of cancer. The chief advantage of proton therapy over other types of external beam radiotherapy is that as a charged particle the dose is deposited over a narrow range and there is minimal exit dose. …….
Read Full Documentation 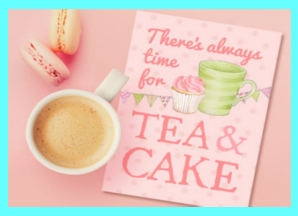