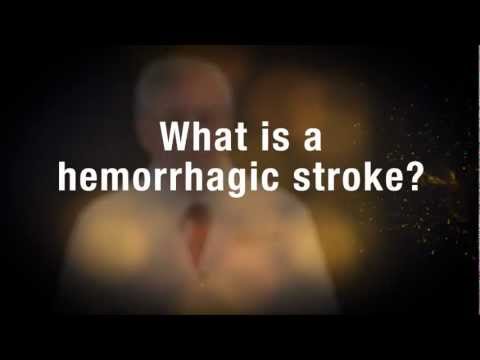 1)  Cerebral haemorrhage – it occurs when an artery in the brain ruptures and blood leaks into the brain resulting in parts of the brain lack of blood. Blood irritates brain tissue, causing swelling and pressure, which cause further damage and loss of function.

3) Subarachnoid haemorrhage (SAH) – when blood leaks into the brain surface.

People of all ages can suffer a stroke but 75 percent happen in people over 65. Ischaemic strokes are the most common strokes in older people while younger people are more likely to suffer a haemorrhagic stroke. Most subarachnoid haemorrhages occur in people under 65.

Other common risk factors include:

Common indicating symptoms of stroke include:

Both types of strokes are dangerous and deadly without quick treatment. Learn what characteristics set them apart — and why even a “mini-stroke” requires attention……..
Read Full Documentation

U.S. National Library of Medicine
Thrombolytic therapy is the use of drugs to break up or dissolve blood clots, which are the main cause of both heart attacks and stroke ……
Read Full Documentation